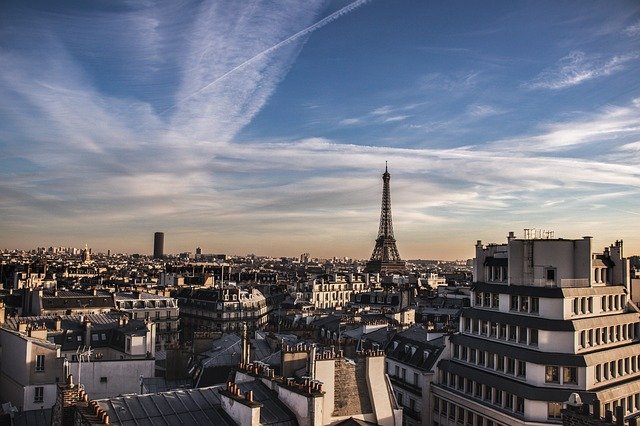 French is the official language of twenty-nine countries, and is widely spoken in about fifty more, while eighty-four belong to the International Organization of La Francophonie. Today, approximately 300 million people speak French, and it is estimated 700 million people will by 2050. French and French-speaking cultures play a critical role in a number of domains and disciplines, from energy development to engineering or banking services, from history to art and international relations. With a high number of secondary speakers throughout the world, French has been described as the third most useful language for business after English and Chinese, and it is the second most studied language worldwide after English.

The French program in the School of Modern Languages is not just for students interested in France, but also for those interested in the economies, literature, cultures, and ways of life in the Francophone world. The dedicated and creative teachers and scholars in our French program share a commitment to excellence of instruction, whether it be in a first-year French class, a specialized course for minors or majors (all of which are taught in French), a course on French or Francophone literature, French or Francophone cinema, on Francophone Africa, or an advanced seminar across the curriculum on France and globalization. The French program organizes a yearly French and Francophone Film Festival and maintains a French Club (for information, please contact Dr. Boulard). Internships and individual, research-based courses are available in Atlanta and abroad, from Paris to Dakar.

SLS-France Program at Georgia Tech-Lorraine, Georgia Tech’s European campus in historic Metz, France, hosts a number of programs and welcomes hundreds of students each year. Beyond Metz, Georgia Tech has many partners and programs in France and in Atlanta where a yearly France-Atlanta convention is organized each year. All of our students are encouraged to study abroad through our LBAT programs or Georgia Tech-approved programs such as Georgia Tech-Lorraine in France. As is shown below, the French program has developed innovative study abroad programs in France and Senegal, and one can receive the BS degree with the International Plan French designator (reflecting a minimum of 26 weeks abroad spent in study, research, or internship). Graduates of the French program are regularly placed into highly prestigious jobs, and many work in consulting and international relations.

Minors and Certificates in French

To earn a minor in French, students must complete 15 credits of upper-division (3000- & 4000-level) coursework. To earn a certificate in French students must complete 12 credits of coursework at the level of FREN 2002 or higher. Taking part in the French study abroad programs (Languages for Business and Technology (LBAT) in France and Senegal, and the French - Sciences - Sustainability Program at Georgia Tech-Lorraine, is a great way to complete nearly all of the minor coursework through study abroad.

French courses are also available as part of the minor in International Business, Language, and Culture and the minor in Middle Eastern and North African Studies.

The LBAT France program takes students to France each summer for a 12-credit / 10-week summer LBAT program in Paris and Nice. This is a French-only program, in which all courses are taught in French. Students are housed in the center of Paris, within walking distance from Notre-Dame in the Marais district.

The LBAT Senegal program takes students to Dakar, Senegal, each summer for a six-credit, five-week program. This is a French-only program, in which all courses are taught in French. Programs offer multiple excursions all over Senegal and allow for a real discovery of African cultures.

The SLS-France program takes students to Metz, France, at Georgia Tech's Lorraine campus for a 12-credit semester program, in which French is combined with media studies, sustainability, engineering, computer science, and/or international affairs.

Students may also take one course in French (four levels offered) each summer at Georgia Tech's campus in Lorraine, France while taking courses in other disciplines. For information on this program, please contact Chris Ippolito.