As a member of the global community, the Georgia Tech Russian program is deeply concerned with the ongoing situation in Ukraine. We stand with the people of Ukraine, especially members of our program and the Georgia Tech community who might be affected, and support the Association for Slavic, East European, and Eurasian Studies (ASEEES) Board Statement:

The Board of Directors of the Association for Slavic, East European, and Eurasian Studies condemns Russia’s military assault on Ukraine and President Putin’s use of historical distortions and cynical untruths to justify Russia’s attack on Ukrainian sovereignty. We stand with all the people of Ukraine and Russia who oppose this war. 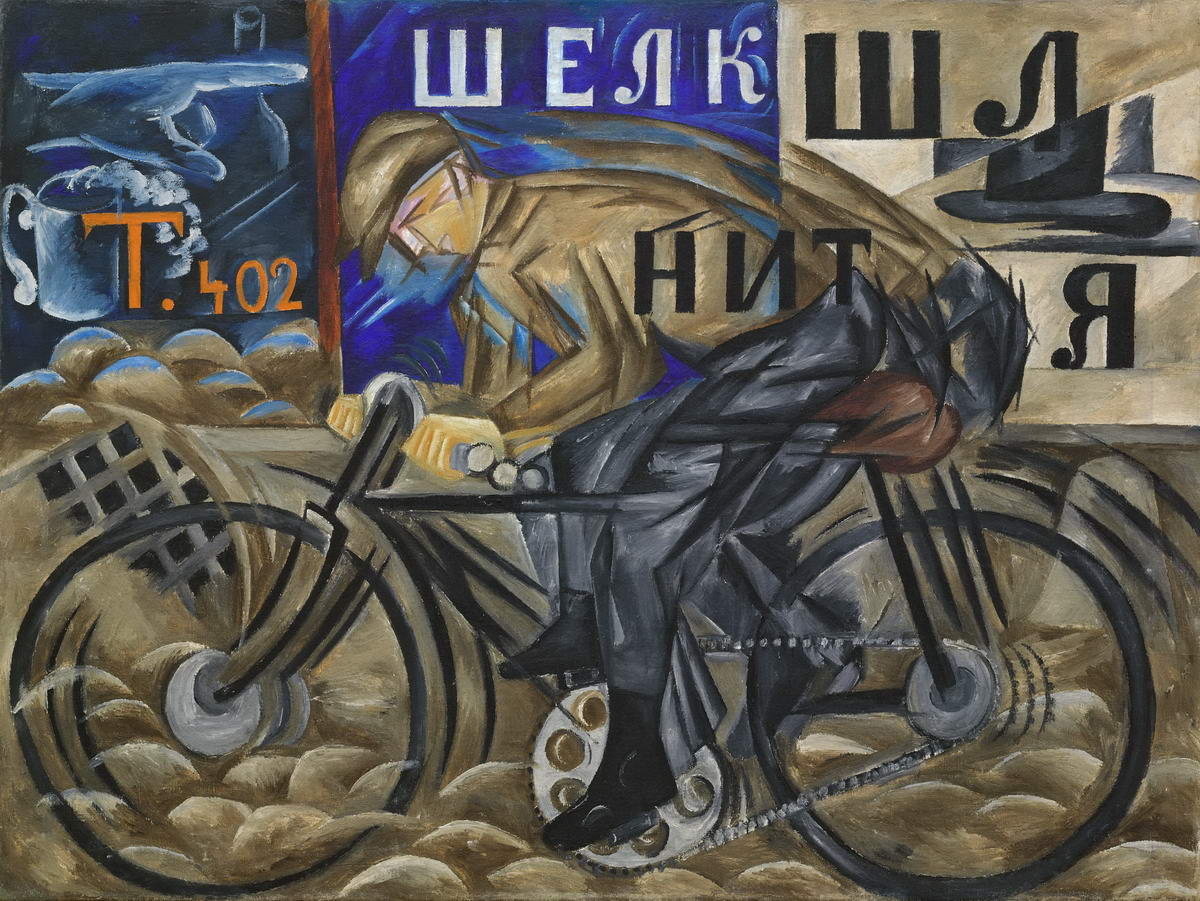 In the Russian program at Georgia Tech, students can master a critical need language to a professional level within the context of a four-year degree and immerse themselves in one of the world’s richest cultures.

Russian is spoken by approximately 260 million people in the Russian Federation, Eastern Europe, the Baltics, the Caucasus, Central Asia, Germany, Israel, the U.S. and Canada. It is a major language of science and technology (think aerospace, mathematics, physics, bioengineering) and crucial to security and international affairs. The Russian sector of the Internet is the second-biggest after English. Leading figures in literature, film, music, poetry, theater and art have worked and work in the Russian language. Russian remains on all U.S. government agencies’ lists of Critical Need languages.

Georgia Tech Russian degree programs combine high-level language and intercultural skills with rigorous cross-disciplinary study of Russian culture. We offer on-campus courses in the Russian language through the 3rd year; courses in literature, culture, and film with reading and discussion in English; and content courses taught in Russian at the 4th-year level. We also offer a range of programs and scholarships for study abroad.

Students majoring in Russian gain not only linguistic skills and cultural knowledge, but they also develop analytical skills, intercultural perspective, and communications skills (public presentation, expository writing), which complement their other studies at Georgia Tech. Our majors and minors have gone on to careers in security, international business, engineering (with multinational companies), data consulting, and architecture.

Minors and Certificates in Russian

To earn a Minor in Russian Studies, students must complete 15 credits of coursework starting at the RUSS 2002 level. The coursework should include one Russian or Eurasian themed course from outside of Modern Languages. To earn a Certificate in Russian, students must complete 12 credits of coursework at the level of RUSS 2002 or higher. Taking part in the Russian Languages for Business and Technology (LBAT) Program is a great way to complete nearly all of the minor coursework during the summer through study abroad. Upon completion of the LBAT, students who took RUSS 2002 previously need to complete only 3 credit hours (one course). Completing the LBAT will fulfill all requirements of the certificate.

Russian courses are also available as part of the minor in International Business, Language, and Culture.

The Georgia Tech-SPbSTU Russian Scholarship and academic study abroad program is our capstone abroad experience for students completing the major tracks or the International Plan in Russian. The scholarship covers all tuition and dormitory fees for Georgia Tech students studying abroad at Peter the Great St. Petersburg State Polytechnic University. Students live with Russian-speaking students and take advanced Russian and an individualized schedule of regular university courses (disciplines include Mechanical Engineering, International Affairs, History, Computer Science, Bioengineering, and many others). Students completing this program have the opportunity to study and collaborate with Russian peers and can achieve professional-quality language skills.

The Russian Language for Business and Technology (LBAT) Program provides nine weeks of intensive advanced language study for students who have completed at least RUSS 2002 or the equivalent. Students live in homestays with native-speaking families in the cities of Riga, Latvia, and St. Petersburg, Russia. Separate coursework is offered at both the 3rd-year and 4th-year levels and also includes a lecture course, with lectures in English, discussion, and research project in Russian, on “Contemporary Russia.” A cultural program includes site visits to Russian companies and an overnight trip to Moscow.

Students just starting Russian can participate in the "Spring Track" Summer Intensive Russian Program. This program provides the opportunity for students to study abroad for 9 weeks over the summer in Riga, Latvia, and St. Petersburg, Russia. Students live in homestays with native-speaking families and cover 3 semesters of material at the intermediate level. Students prepare for the trip either by taking RUSS 1001 with an additional contact hour in Spring or by taking RUSS 1001 and 1002 in Fall and Spring. All place into RUSS 3001 upon return. The cultural program includes an overnight trip to Moscow. Take RUSS 1001 in Spring and study in Riga and St. Petersburg this summer! 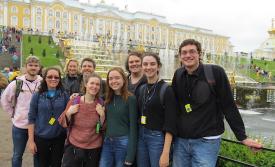 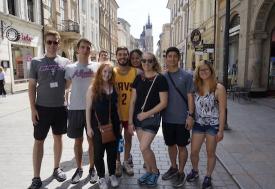 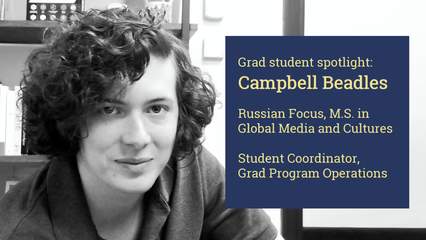 ALIS Spotlight: 2020 graduate Bowe Andrews on Russian, Mechanical Engineering and his goal of becoming an astronaut 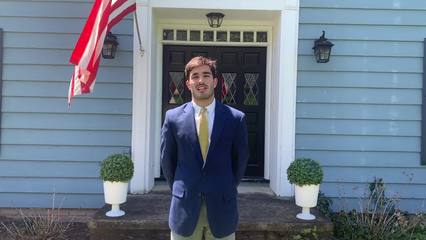