Language for Business and Technology: France 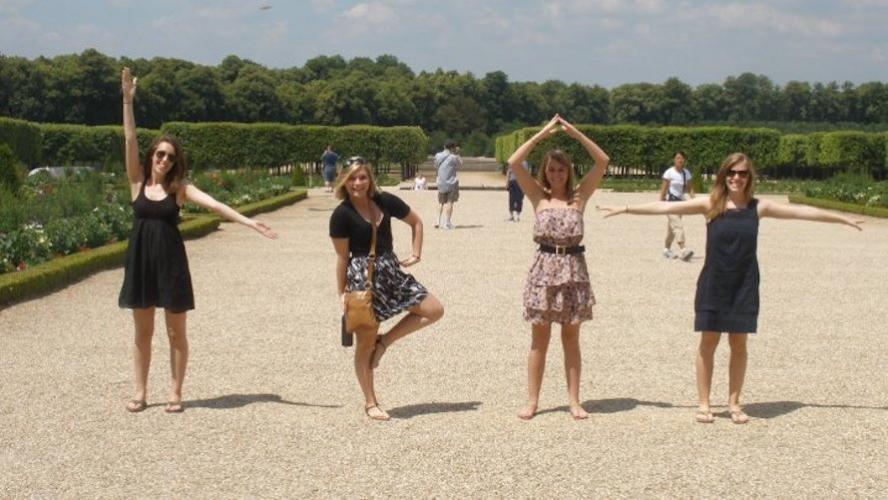 Study for 8 weeks in the very heart of Paris, at the Maison Internationale des Jeunes et des Etudiants in the Quartier du Marais (4e arrondissement), next to the River Seine, only a few minutes' walk from Notre-Dame and the Quartier Latin, and fall in love with the City of Light!

Find out why France is so much more than berets and brie and discover French culture, architecture and arts. Visit the most famous museums, landmarks, and monuments, such as Musée d’Orsay, The Louvre, The Louis Vuitton Foundation, the French Cinémathèque et Musée du Cinéma, Cité des Sciences et de l’Industrie, Musée Arts et Métiers, la Halle Pajol, to name a few.

Experience first-hand numerous current city projects that aim to transform the Paris city area into a major world and European metropolis of the 21st century, and confirm its rank among competing international megacities by building a sustainable city. Deepen your knowledge about French companies and learn about digital technologies that include a goal to improve the energy efficiency of industrial processes. Immerse yourself fully into the language and culture of France and take a cooking class in French. Integrate yourself into the French culture by doing what the French do and enjoy the most beautiful movie theaters of Paris.

Earn up to 12 credit hours in French at the 3000 level, applicable towards a certificate, French Minor or ALIS, IAML or GEML major, or in partial fulfillment of the International Plan Study Abroad requirement.

Advance your proficiency in the French language by learning and discussing fascinating current topics at the crossroads of Social Sciences, Cinema and the Arts, Science and Technology, while enhancing your resume and preparing you to work in a number of countries throughout the world where French is spoken or in demand.

As an option, you can immerse yourself even more in le français, add 3 credits and another two weeks to your stay and head to the beautiful city of Nice, on the French Riviera.

Live with a French family and speak only French while in Nice, practicing your French with the locals.

Study Abroad in France, and have the summer of your life!

Maison Internationale des Jeunes et des Etudiants in the Quartier du Marais: it is in the 4e arrondissement de Paris.

You will have some of the following options in Paris:

After Paris, students on the program also have the opportunity to continue studying in Nice at the 3000-level with FREN 3692 - French LBAT II (3 credits), taught by Dr. Nora Cottille-Foley

1) Completion of FREN 2002 (with an A) and good academic standing, OR 2) A recommendation from a Georgia Tech French instructor.

Program descriptions and fees are subject to final approval by educational units and the Office of International Education.  Georgia Tech reserves the right to alter or cancel this program due to low enrollment, unavailability of a professor to teach a planned course, or other unforeseen circumstances.  Once Georgia Tech has made payments to service providers, or if Georgia Tech cancels the program before departure or while the program is in progress for reasons beyond its control, such as political unrest or danger to participants' safety, only those fees that Georgia Tech is able to have refunded by service providers will be returned to participants.  If a student withdraws from the program, the student will be responsible for the payment of all fees.