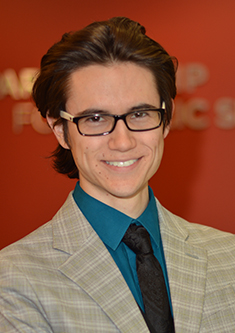 Benjamin D. Bennett graduated from Georgia Tech in May 2012 with a Bachelor of Science Degree in International Affairs and Modern Languages, with a concentration in French. During his time at Georgia Tech, Benjamin received two President’s Undergraduate Research Awards (PURA) grants and was awarded the International Affairs and Modern Languages Senior of the Year.

After graduating, Benjamin worked for three years in Washington, D.C. at the Partnership for Public Service, a nonprofit organization focused on revitalizing the federal government by transforming the way government works. In this role, Benjamin worked on the Research and Evaluation Team analyzing federal workforce data and contributing to research studies on subjects such as STEMM recruiting and hiring and best practices in performance improvement in the federal government.